Growing up in a small German town with a Native American name, I always knew my family was a little different.

For starters, we weren’t very German, and we weren’t one of the town’s old German families.  My grandparents settled here because it was the halfway point between both of their families, Harrisburg and Alton, Illinois.  My mother, the military brat, met my father, the farm boy, in high school and decided to stay and raise their children in the same small town where they graduated.  They were married in the Baptist church on the west end of town, but my brother and I were christened in another one of the town’s six religious establishments, the United Church of Christ.  I would classify my religious upbringing as, well, diverse.  You’ve heard of “bar hoppers” and “pool hoppers?”  We were church hoppers, always sampling the latest variety of religious fanaticism.
The holidays were a mixture of all of the traditions we picked up over the years.  We celebrated Christmas with the traditional Christmas tree and Easter with the usual egg hunt, but we also incorporated more regional traditions, such as Saint Nick’s Day, where we would set out our shoes every December 5th in the hopes that Saint Nick would bring us something sweet the following morning.

My mother, ever the religious zealot, told my brother and I that Santa Clause wasn’t real when I was five years old.  She didn’t want us to believe in Santa because she felt that Christmas should be about Christ.  I remember this event clearly, like one of those game-changing moments in life where you can recall where you were and what you were wearing the moment it happened.  She sat my brother and I down on our stone fireplace in our jammies right before bedtime, and explained to us that Santa was wasn’t real, but that other children still believed in him, so even though we knew it was all fictitious, we couldn’t tell any of our friends our “insider information.”  I remember feeling robbed; like no longer believing in Santa was something only adults did.  But now I understand why my mother did this for us, and I have grown to appreciate her frank honesty.

Now that I have my own child, I struggle with reconciling my own beliefs with the wishes of his father, and the traditions he grew up believing in.  On the one hand, I want my son to have the idyllic childhood that all parents wish for their children; but on the other hand, I don’t want him to get lost in the fantasy.  I want him to remember the reason for this magical season, and I want him to grow up with the knowledge and morals of Jesus Christ.

His father sees no harm in allowing this childhood fantasy to continue, and part of me agrees with him, but I can’t help feeling like I’m lying to my child.  The guilt I feel over this situation is almost incapacitating.  It has forced me into a stalemate where I simply choose not to make a choice, so the fantasy goes on…for now.

Meanwhile, my mother has finally found her place in religious society.  She has converted to a sect of Judaism that practices the tenants of the Old Testament, but also chooses to believe in Jesus Christ as our savior.  What this means for the rest of the family is a very full social calendar, for we now celebrate both Christian and Jewish holidays.  Christmas and Hanukkah.  Easter and Passover.  New Year’s and Rosh Hashanah.

As the family has grown, we have welcomed new members with new beliefs and traditions.  My aunt, for example, is traditional Catholic and refuses to eat brisket at Passover if it falls on a Friday, while my new sister-in-law is Mexican and has never Celebrated Thanksgiving, let alone Hanukkah.  Needless to say, our holiday meals are anything but traditional.  We have tamales on Easter, and tilapia on Passover.

Just about the only belief we don’t tolerate in my family is intolerance.

For the month of December, we will be celebrating the holidays with our 12 Days of Christmas. Be sure to check back for a new holiday piece by a new contributor. 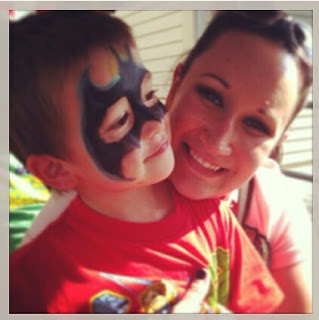 Nicole Bailey lives in Shiloh, Illinois with her 6-year-old son, Jack, and fiancé Anthony Moore.  She is a certified teacher of Elementary education, and spends her time substituting for local school districts.